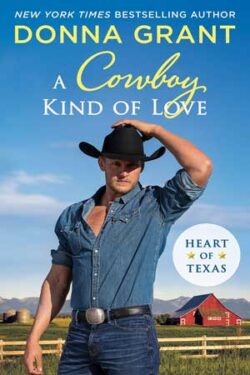 Jace Wilder is a former Marine Raider. He teaches people how to be a steer wrestler. Jace cannot seem to move past Taryn, the woman who broke his heart by vanishing five years ago. When she comes back into town, he demands answers. Jace depends on his friends’ assistance to help Taryn from her predicament. What dangers await Jace and his friends? Will their military skillset be a match against a dangerous crime boss?

Taryn Hillman’s life is a living nightmare. She must sell drugs for a ruthless criminal kingpin to save her sister’s life. Taryn hatches a plan to escape, but first, she needs money to buy him off. There is only one person she can turn to; however, she has misgivings about involving Jace in her mess. Will Taryn finally escape Boyd Walters for good? What sacrifices must she make? Does Taryn dare hope for a happily-ever-after with Jace?

Jace is such a delicious, damaged knight-in-shining-armor with a heart-of-gold. There is little he would not do to help his friends and family, even at great risk to his life. Jace has demonstrated this throughout the series. I admire Jace’s ability to acknowledge some difficult facts about himself before they turned into a serious problem. He makes no excuses but owns up to them. What I adore the most about Jace is his thoughtfulness towards his friends. He does not want to intrude on their happiness with their significant others with his mental and emotional troubles.

I could not connect with Taryn. For some reason, she just irked me. I empathized with Taryn for all she had to endure for her family’s sake. She willingly sacrifices her happiness and future to protect and aid them. What I like the most about Taryn is her reluctance to involve Jace and his friends. As much as she needed their help, she did not want to jeopardize their lives.

A COWBOY KIND OF LOVE is book six in Donna Grant’s romantic suspense series, HEART OF TEXAS. The story can standalone, but I suggest reading the previous five books to understand the heroes’ strong and unshakable bond. I love how the couples from the prior books show up intermittently throughout the story, especially Abby and Clayton. The only nitpick I have is the trope. The second-chance element really killed my excitement for Jace’s story. I guess I wanted something more for him.

A COWBOY KIND OF LOVE is a suspenseful tale of two people overcoming incredible obstacles to be together again. I cannot wait to see who will be next! Ryan or Cash.