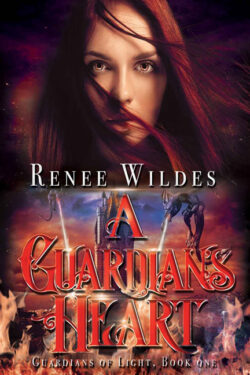 Dara Khan Androcles is a trained healer. She is different from her townsfolk. Dara loses everything she loves when a demon-possessed enemy invades her kingdom. She manages to save a stranger from capture. Dara intends to avenge her homeland and drive the trespasser out. But first, she needs to find allies strong enough to defeat a demon. What secrets will Dara learn about her heritage? Will it aid her in the upcoming fight against the demon-possessed interloper?

Loren ta Cedric is the second son of the High King of the Eastdawn Elves. He willingly aids the humans in their fight against the demonic threat. A flame-haired woman comes to Loren’s rescue, thus earning a Life-Debt. However, something more brews between them as they race to the elven lands. Will Loren and Dara find the necessary allies to defeat the demon? Can his family and his people accept Dara? Or will something else stand in their way?

It took me a while to warm up to Dara. There were some instances when her behavior rankled me. I understand dragons are often volatile and capricious in their nature, but sometimes Dara’s actions felt forced. I like how Dara refused to bow down to men’s chauvinistic views on a woman’s place. If a rule did not make sense, she simply disregarded it. What I adore the most about Dara is her loyalty to her homeland. She may be half-human, but she refuses to allow a demon desecrate the only home she has known.

Loren is the second fantasy character I have read who is an empath. It is neat to read how he employs his ability in his everyday life. I also like how Loren views his empathy as a benefit more than curse. I adore that Loren did not share humans’ view about a women’s place. He respected Dara’s ability to fight and protect not only herself but the people around her. What I love the most about Loren is how mindful he is of Dara’s fears and concerns. He never once tried to force her into anything she is not yet ready for.

A GUARDIAN’S HEART is book one in Renee Wildes’ fantasy romance series, GUARDIANS OF LIGHT. This story possesses a lot of elements I love, such as dragons, elves, and mages. The elven war steeds kind of remind me of the Companions in Mercedes Lackey’s VALDEMAR series, which added to my enjoyment. It is supposed to be a fantasy-style take on Cinderella; however, I cannot see that angle in the storytelling.

A GUARDIAN’S HEART is an engaging tale of two destined souls finding each other in uncertain times. This story really satisfied my fantasy needs. I cannot wait to see what adventures are in store for Dara and Loren in the next book or this world.