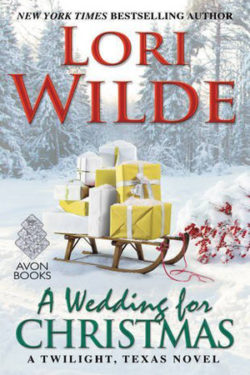 No longer the ugly duckling she was at fifteen when she fell for her brother’s best friend Ryder, Katie Cheeks has transformed into a beautiful swan. Katie can’t forget how Ryder left for the military with no word after their kiss. Her luck with men, however, has not improved. Subsequently, she met Matt and became engaged to him, but she lost him a year ago when he was killed in a boating accident. Needing time to herself to think about her options and where she goes from here, Katie swaps her tiny yurt in Twilight, Texas, for a Malibu beachfront condo for the Christmas holidays, just like in the movie, The Holiday. While attending a star-studded, red carpet charity event, Katie is shocked when she is suddenly tackled and finds herself looking up into the eyes of Ryder, whom she hasn’t seen in twelve years. When he offers to see her home, things heat up as Katie gives into one night of passion with the man of her dreams, making it plain it is for one night only. The next morning, she departs without saying goodbye or leaving a note.

Ryder Southerland has no desire to return to his hometown, Twilight, Texas, but his ailing father needs help with the farm and Ryder has also agreed to be best man at his best friend Joe’s wedding. During the years he was away, he never forgot the Cheeks family. They took him in when his own father threw him out and no one else in the small town would have anything to do with him. After four years in the Middle East and a bout of PTSD, Ryder has been working as a personal bodyguard to the stars in Los Angeles. He had tackled Katie in LA while protecting a famous singer when he mistook her for a celebrity stalker. It has been one year since that day and his unforgettable night of passion with Katie, who is now the matron of honor for her brother’s nuptials. The attraction between them had been too much to resist, but Ryder was upset to wake up and discover her gone. Although he tried to contact her, she did not return his calls. He tried to convince himself it was for the best, but he has been unable to get her out of his mind.

Katie has tried to forget her one night with Ryder, without much success, but now that he is back in Twilight and she sees him every day while they share wedding duties, it is proving to be impossible. Will Katie get her Christmas wish this year, or is she setting herself up for heartache?

An enticing tale, A WEDDING FOR CHRISTMAS, the seventh book in author Lori Wilde’s TWILIGHT, TEXAS series, is a witty, sensual contemporary romance that will lift your spirits as love conquers all. Ryder is still dealing with issues from his childhood as well as the loss of some of his friends in battle. Meanwhile, Katie has never forgotten Ryder, although she was hurt by the way he took off without a word to her. As the story unfolds, the passion between Ryder and Katie turns explosive, but it is their feelings for each other that leap off the page and touches the readers’ hearts. I really like this couple and was quickly caught up in their story.

Small town life, humor, engaging characters, Christmas, PTSD, trust, passion, romance and love all combine for a touching tale that will keep that holiday spirit alive all year long. Fans of this series will enjoy this opportunity to get reacquainted with the people of Twilight, Texas. Each book is a true delight and can be read as a standalone, but I am sure you will find it difficult to stop at just one. Pick up A WEDDING FOR CHRISTMAS today and discover the enchanting town of Twilight, Texas, for yourself!