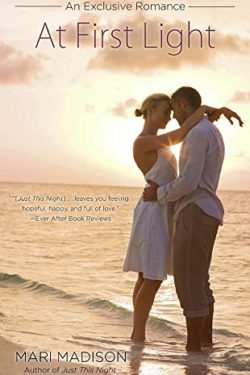 Troy Young has returned to San Diego after five years of reporting in war-torn Syria. Troy was captured by rebels. He spent three months in a hole tortured daily until the rebels arrange a trade with the United States for his release. Troy’s life has been a nightmare ever since. Suffering from PTSD and not getting any treatment is the way he chooses to live. He obtains a job with News9 to be a street reporter, but when he loses his cool in front of the camera, he is pulled into the studio to work the entertainment segments as his last chance.

Sarah Martin is San Diego’s mayor’s daughter and Troy’s ex-girlfriend. Sarah loves working the entertainment segment for News9, but when they must work together things start heating up between them again. Sarah had her heart broken by Troy when they were in college and she doesn’t want a repeat. Troy knows he did Sarah wrong and doesn’t want to cause her anymore grief. Sarah doesn’t want to trust Troy, but they need to find common ground to work together amicably.

As things start happening with Troy’s PTSD and Sarah gains a stalker wanting to do her harm, the story gets more interesting and brings out the truth of the past.

This story shows how PTSD can affect a person’s everyday life as they try to get back to reality. A heart-warming tale about two people who need each other, even though they know they shouldn’t get back together.