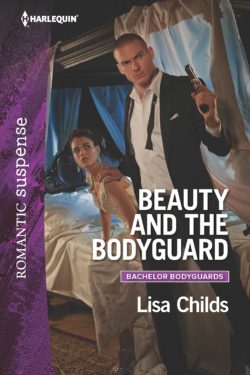 Megan Lynch, the daughter of FBI Special Agent Woodrow Lynch, has only loved one man, Gage. They once had a relationship, but when she heard rumors that he was only with her to gain favor with her father, who was his employer, she broke up with him. Afterwards, he joined the Marines and went off to war. Hearing the reports of his death, she blamed herself, especially as she began doubting the rumors she had heard. Her friend Richard helped her get on with her life and though they share no passion, he convinced her that a marriage without love would work for them. Now it’s her wedding day and she is shocked to come face-to-face with the man she thought was dead.

Gage Huxton bears the scars, both physical and mental, from the six months of captivity and torture he underwent as a captive while everyone at home thought he was dead. He is not sure which is worse, the torture or the heartache Megan put him through. When she believed the rumors and broke up with him, he knew she’d never loved him, not like he loves her. Now back home, Gage is working as a bodyguard and his latest assignment is to protect the bride who is about to get married. When he discovers her identity, he is even more convinced that she never loved him since she is already marrying another man.

Before Megan can even get the chance to call off the wedding and break up with her fiancé, gunmen storm into her wedding and take the guests hostage. Now that Megan has everything to live for, in particular, a second chance with Gage, she will do anything to stay alive.

As Gage works hard to find out why the gunmen have singled out this wedding, all he can think of is how to protect the woman he loves, who is proving very stubborn since those she loves are in danger. When the gunmen open fire, Gage will do whatever it takes to save Megan, even if it means his life. Will they survive this threat to get a second chance at being together, or is this the end for both of them?

An action-packed tale, BEAUTY AND THE BODYGUARD, the latest novel in award winning author Lisa Childs’ BACHELOR BODYGUARDS series, is an edge-of-your-seat, sensual romantic suspense that will keep you turning the pages until you reach the very satisfying conclusion. The mystery in this novel will keep you guessing while curiosity about the outcome will keep you from putting the book down. Despite all they have been through, the love between Gage and Megan is tangible and I could not help rooting for them. Even the wedding planner, Penny, is having second thoughts about this wedding as she begins to believe that by marrying the potential groom, Megan would be making a huge mistake. There is also an absolutely delightful secondary romance between Penny and the father of the bride.

I enjoyed the double romance in this story, as well as the suspense and danger that keeps you guessing how it will all turn out. Although there are a few areas that called for a stretch of the reader’s imagination, like the fact that almost the entire book occurs within the space of one day, I still would recommend this novel to those who enjoy love stories with loads of danger and action, as well as drama with a few surprising twists and turns thrown in. Definitely worth taking the time to read it!