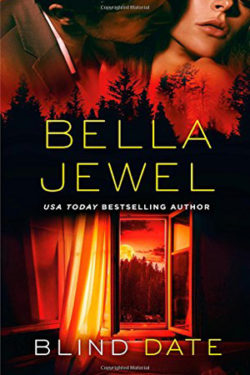 Hartley lost her husband four years ago and is finally starting to get her life back on track. Her best friend decides it’s time for her to get back into the dating scene and pushes her into going on three blind dates, hoping she’ll meet a nice man.

Ace Jacobson is the homicide detective who lives next door to Hartley. Although she has tried to be neighborly to him, he ignores her overtures. After deciding he’s a total jerk, she ignores his existence until weird things begin to happen. She thinks someone is watching her and has been in her house but can’t put her finger on why she feels this way. Hartley finds things of her husband’s that she’s packed away, placed in various locations around her house. She begins to question herself. Is she moving his things or just going crazy?

After a frightening incident, she reluctantly confides in Ace. He believes someone is messing with her and is concerned for her safety. When she receives a text message from her dead husband, he vows to do whatever is necessary to keep her safe.

BLIND DATE is a great read, and I was pulled into the story quickly. Hartley and Ace are attracted to each other but have both experienced horrible losses. Because of this, they’re afraid to love again. Their interactions are funny as they try and fight their attraction, but things get scary as they work together to figure out if someone really is trying to hurt Hartley. BLIND DATE is a fast paced suspense story you won’t be able to put down until you reach the end.