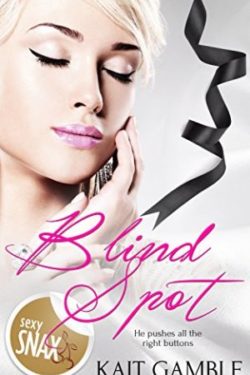 Maisie Edwards’ is in a rut. Her job’s sucking the life out of her, her courses are demanding and her love life is practically nonexistent.   The one upside to her life is her roommate Kian Walker who seems to understand her better than she understands herself sometimes.   While he’s permanently between girlfriends and she doesn’t have time for the drama involved with dating it’s no wonder that they’ve become extremely close friends so she’s more than a little surprised when he hands her an envelope from a secret admirer wanting to meet up with her.  Maisie’s convinced this sort of thing only happens in movies and victims of Craigslist but Kian reassures her that her would be suitor is a friend of his just wanting to get to know her better.   It’s a fantasy come true for Maisie – a secret admirer, rendezvous at a swanky hotel, and an emotional rollercoaster while she begins to realize she wants more in life than her secret admirer can deliver – at least that’s what she thinks.

At only 54 pages in length (not including an excerpt from Ms. Gamble’s book WEATHERING THE STORM) BLIND SPOT is a quick yet satisfying read. The characters are fun, quirky, imaginative and positively memorable.  I loved how Maisie and Kian interact and how quick he is to reassure her that his friend isn’t a serial killer.  The whole time I was reading I wondered why Maisie and Kian never moved out of the ‘friend zone’ and was kind of disappointed that he’s setting her up with one of his friends but in the end the story ended so sweetly that I was rather saddened that it was over.   Kait Gamble tells a lighthearted yet captivating story that allows the reader to empathize with the characters while simultaneously questioning their motives and decisions.  I’ll definitely be looking into her other titles and watching for future releases.