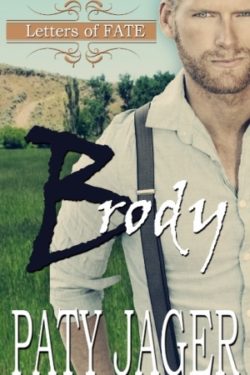 Brody Yates is in a world of trouble. It’s been a week since he was found guilty of stealing, yet he’s still sitting in a jail cell awaiting sentencing.   Stealing had become a necessity in order to survive and he certainly wasn’t about to let the widow and her child who also lived in the tenement starve because they couldn’t afford to eat.  In any case, he’d been caught and it’s up to a judge to decide his fate.  The last thing he expects is for a letter from an unknown relative, a judge in Oregon, to give him an option besides prison.  He soon learns that the relative is his grandfather, Judge Radley and he’s to be escorted from New York City to a ranch in Oregon. Brody’s not real gung ho about the prospects of living and working on a ranch but he figures he can find a way to escape his escort during their travels.  What he doesn’t anticipate is his escort’s tenacious attitude – or finding love and acceptance when it’s most desperately needed.

What an unexpectedly delightful read! Paty Jager makes reading historical romance a fun experience again.  Brody’s a sweet yet rugged character whose caring nature shines through the storyline and as a reader we are able to see him become more confident and well-rounded after traveling to Oregon and meeting his grandfather and Lilah, Judge Radley’s ward.  The romance between Lilah and Brody is subtle and develops at a good pace and tempered with a variety of situations that only show Brody in a more favorable light as the story progresses.   I genuinely grew to like and respect Judge Radley and Lilah – they never wavered in their opinions or their willingness to care for those who need them which I found genuinely charming and endearing.

I haven’t read the other titles in the LETTERS OF FATE series, but fully intend to do so.