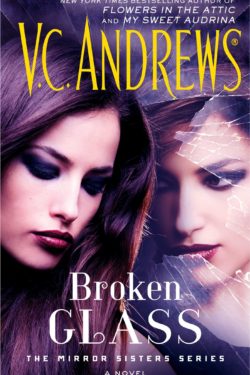 Haylee has always wanted to be the only child, and she has her wish, but finds out it isn’t going as she planned. Haylee expects more freedom for herself, but with her father moved back into the house, and a psychiatric nurse for her mother, there are more people to watch over her.

Kaylee finds herself chained in a basement with a strange man as her captor. Kaylee knew her sister had been talking to an older man and planned to meet him when they were dropped off at the movie by their mother. Haylee played sick at the theater so Kaylee would go in her place to meet the man. Kaylee was supposed to explain why Haylee couldn’t meet him and then go back to the theater to be with Haylee, or so she thought. Kaylee didn’t know she was walking into a trap masterminded by Haylee until the man abducted her and took her to the country. Haylee had been using Kaylee’s name online with Anthony Cabot, so he didn’t believe anything Kaylee tried to tell him. Thinking Kaylee is the one he was talking to online, and the one he has been making plans with, Anthony tells her about the great life they will have together, and about the family they can make. Kaylee realizes he is crazy and knows her sister set her up, so she needs to find a way to escape.

The plot goes back and forth between Haylee living her lie and Kaylee living as a captive. You keep hoping for Haylee to be caught and Kaylee to be found. I had to keep turning the pages to find out the next step in this suspenseful novel. It’s amazing how one twin is evil and the other thinks her sister cannot possibly hate her this much. This is a mind grabbing tale that makes you hold your breath until the very last page.