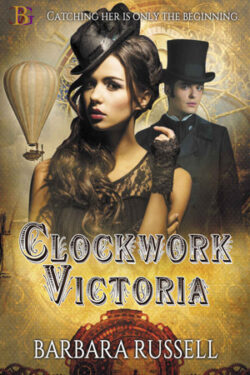 Alexander, Earl of Grosvenor, is a British aristocrat born and living in Auckland, New Zealand. He is also a well-known steam-car racer. Alexander sets up an elaborate trap to capture the cat-burglar The Moth. He needs her expertise in obtaining his deceased partner’s stolen blueprints. Alexander finds himself conned into entering the tenth Auckland-Wellington race. Will Alexander and Beatrice recover his late partner’s plans before the race? Can he conquer his mental demons to be with her?

Beatrice Aniwaniwa Dashwood is the elusive thief known as The Moth. She uses her steam-powered inventions to steal from Auckland’s rich to save her childhood home. However, Beatrice’s latest heist goes awry. When she is caught in the act, her quarry offers Beatrice a tempting proposition. She uses her burglary skills to help Lord Alexander retrieve his late partner’s missing plans. The man confounds her. Will Beatrice find all that she is searching for? What else can she help Alexander with?

Alexander is an interesting hero. I love the fact that he is not the typical hero type. He has issues brought on by his traumatic childhood. I have read a few books where the hero had an aversion to touch but never like Alexander’s case. I adore how Alexander treats those less fortunate than him. He may be born aristocratic, but he behaves like he is better than others. What I like the most about Alexander is how he respects Beatrice for her intelligence. He recognizes a fellow gear-head, one who shares his interests.

Beatrice is a remarkable heroine. I adore her selflessness. She knows that stealing is wrong, but everything she does is for the orphanage that raised her and the boy she sees as a brother. I like Beatrice’s ingenuity. She designs and makes her own gadgets. She also recognizes and respects Alexander’s talent in that same field. What I love the most about Beatrice is her patience with Alexander. She tries to help Alexander with his peculiar eccentricities, and she never once mocked him about them.

CLOCKWORK VICTORIA is a standalone novel from Barbara Russell. I adore how this story takes place in New Zealand, a place rarely used in novels. I also like how the author incorporates the Maori people and their beliefs into the plot. It really adds depth to the storyline. The romance is on the sweet and wholesome side without any sex scenes.

CLOCKWORK VICTORIA is a delightful tale of two people finding exactly what they need. It is refreshing reading a steampunk story without an air ship being the main element. I will have to check out more of this author’s works.