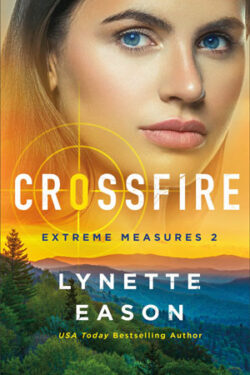 After suffering the loss of a close friend in a high school shooting, Julianna James’s life goals changed. She knew she was the intended target of the shooter, but instead, a friend was killed instead because she was not able to talk the shooter down. She has always blamed herself and because of this, she works hard and has become a successful hostage negotiator with the FBI. She has never lost a hostage.

Working a hostage situation at the local courthouse, Julianna meets Clay Snyder, whose younger sister is a juror inside the courthouse. As a former sniper for the Army, he wants to get inside the courthouse and help his sister but realizes that would probably result in many deaths so he must rely on Julianna to try and obtain the release of the victims.

This is the beginning of the book that takes you on a roller coaster ride that never seems to end. Not everything is as it seems, and just when I thought I had figured out what was really going on, I was totally wrong. I loved it!

CROSSFIRE is an action-packed story that gets its hooks into the reader immediately. I couldn’t put it down until I reached the end. This is a great summer read, but be prepared to stay up all night reading it.