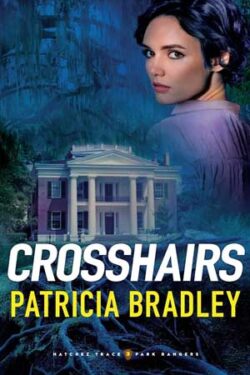 Investigative Services Branch ranger Ainsley Beaumont has been sent to her hometown in the Natchez to investigate the murder of a young girl on park land. Ainsley has a great track record for solving violent crimes, but this was not how she wanted to come back to her childhood home. She also does not want to run into her old boy friend, Lincoln Steele.

Lincoln Steel is a former FBI sniper. After almost killing a child while on a case, he quit the FBI and now works as an interpretive ranger in the Natchez. It is not how he planned his life, but after what happened, he could not stand the thought of picking up a gun again.  This new life is safe.

He is thrilled Ainsley is back. However, the circumstances of her return are horrible and he will do anything and everything he can to help her. As she starts to put the puzzle pieces of this murder together, it becomes apparent someone is not happy and wants her to stop.  Fearing for her safety, Lincoln decides he will be her backup. His feelings for her still run deep.

CROSSHAIRS takes you on a journey where there are many twists and turns. As the investigation progresses, Ainsley and Lincoln soon realize there is so much more happening in this small town than initially thought, and as things start to unravel, the killer becomes more daring trying to get rid of anyone who stands in the way of his/her freedom, no matter the cost.