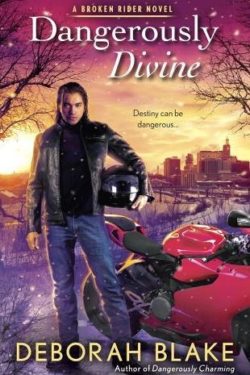 Gregori Sun is a former rider, a supernatural being born from a Russian god and a Mongolian shamaness. He is known to the Baba Yagas and the Otherworld as the mystical and the cool-headed Red Rider. Now mortal, Gregori searches for a way to reconnect with the universal energies and reclaim his natural equilibrium. He joins a Buddhist Monastery in Minnesota to control the sudden manifestation of new abilities. Fate keeps throwing an intriguing librarian into Gregori’s path during his search for his spiritual mother. Will Gregori find his mother before it is too late? Can Gregori discover a way to regain his inner balance before his new talents consume him?

Ciera Evans works as a university librarian. She volunteers at a local soup kitchen in her free time. Ciera secretly stalks the wintry streets in search of the person responsible for her late mentor’s death. She meets the peculiar yet gorgeous Gregori Sun at the library, and she aids him in his odd research. Ciera grows alarmed when he appears at the same soup kitchen she works at. The dark past she tries desperately to bury re-emerges and threatens her new existence. Can Ciera exorcise her inner demons enough to let Gregori in? Will Ciera succeed in finding her late mentor’s killer?

I have always liked Gregori from his appearances in both WICKEDLY POWERFUL and DANGEROUSLY CHARMING. His level-headedness and inherent spirituality rounds out his brothers Mikhail’s charm and Alexei’s robust exuberance. I like how for a former immortal, Gregori is susceptible to the same weaknesses as mortals. He tries to push past the trauma caused by a power-mad, former Baba Yaga and reclaim his innate balance. I adore how Gregori assures both Barbara and Bella that he does not hold them responsible for his and his brothers’ new circumstances.

I had some difficulty connecting with Ciera. Generally, I like a good strong-willed and independent tortured-heroine type, yet there is just something about her that felt one-dimensional. Ciera has been through much, overcoming the many obstacles thrown in her path by re-inventing herself. However, I admire her courage to pick up her late savior/mentor’s mantle by helping the downtrodden. I understand Ciera’s reluctance to allow Gregori or anyone else close. But what I like most about her is how Ciera dedicates the majority of her free time at the homeless shelter.

DANGEROUS DIVINE is book two in Deborah Blake’s paranormal series, BROKEN RIDERS, a delightful spinoff from her BABA YAGA books. It is necessary to read the previous series to better understand Gregori’s unique circumstance. I only wish this story had the same supernatural angle as the prior book, DANGEROUSLY CHARMING. However, I like that Bella Young from WICKEDLY POWERFUL, book three in the BABA YAGA series, plays a vital role in the plot.

DANGEROUSLY DIVINE is a positive tale of two tortured souls conquering their internal handicaps enough to discover love. I love this brilliantly creative world that Deborah Blake created. I cannot wait for Alexei to get his happily-ever-after.