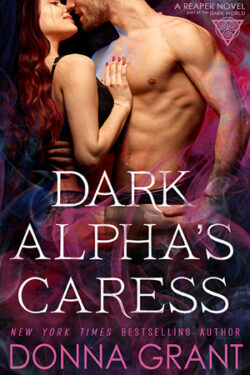 Sorcha is a druid from the Isle of Skye, Scotland. She travels to Ireland to spy on a band of druids for her cousin. However, Sorcha finds herself hounded by unwanted Fae once she returns home. The truth about her lineage comes to light. Can Sorcha overcome her grief? Will she be able to trust Cathal and the Reapers?

Cathal is a Dark Fae and a Reaper, a soldier for Death. He encounters Sorcha in Ireland, and he recognizes what she is. Cathal and his partner are ordered to investigate the druid. Their path leads them to the Isle of Skye, home to the most powerful druids. Will Cathal’s Reaper abilities be enough to protect Sorcha? What new menace will the Reapers face?

I could not help but like Sorcha. She is a woman wracked with guilt and grief. I admire Sorcha’s view on magic. She believes there is a time and place for magic. Sorcha believes just because you possess it, does not mean it ought to be used. What I adore the most about Sorcha is how she respects Cathal’s privacy. She understands there is a reason he keeps things from her, and she never pushes him to reveal his secrets.

Cathal is such a sweetheart. There is much about him I identified with. I am not much of a talker, unless it is someone I feel comfortable around. I love the fact that Cathal never underestimates a woman’s strength. He knows a woman can be just as fierce and tough as a man. What I like the most about Cathal is his patience with Sorcha. He never had much patience before, but that all changed once he met Sorcha.

DARK ALPHA’S CARESS is book ten in Donna Grant’s paranormal romance series, REAPER. I strongly suggest reading the prior nine books, along with the author’s DARK KINGS series to understand everything in this story. The two series play off each other.

DARK ALPHA’S CARESS is a captivating tale of two like-minded souls finding each other. I am curious to know which Reaper will find their mate next. I hope it is Aisling.