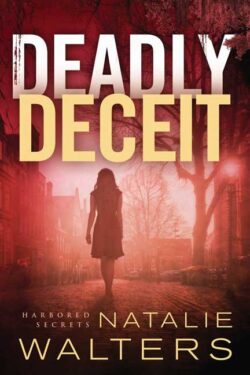 Vivian Walter is an investigative journalist living in the small (and a bit boring) town of Walton, trying to come up with a big story that will help her get her career back on track.  Not covering a major story while working in Washington D.C. cost her dearly, but she is hoping things will turn around. When she receives a call from her newspaper boss to urgently come to his house for a “real marmalade dropper of a story,” she arrives only to find he is in major distress from what appears to be an allergic reaction. His last words to her make no sense, but she is determined to find out.

Deputy Ryan Frost, a skilled computer hacker, is assigned to the case.  When he first met Vivian, he was not impressed with her, but now he is seeing her in action and is impressed with her detective skills. She is a bit of a pain, but she is also an attractive pain. When it is determined Vivian’s boss’ death is not accidental, they end up working together to find answers.

Vivian and Ryan are looking for a killer who calls himself “The Watcher.” This may be a small town, but they have no clue how many secrets abound. As they unravel one, another one appears.

DEADLY DECEIT is a fun read and the second book by Natalie Walters. I felt the romance between Vivian and Ryan was a little lacking. However, I still enjoyed the story.