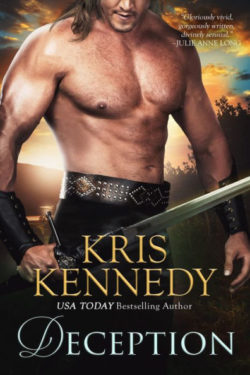 Sophia Darnly is the daughter of a corrupt judge. She comes to England with a dangerous item that can bring down the notorious commenda, a shadowy group of unethical and rich men. When the ledger is stolen, Sophia boldly integrates herself in Kieran’s scheme. Sophia pretends to be a rich shipping widow to entice the commenda into their clever trap. Can Sophia manage to escape the commenda for good? Or will she and Kier fall prey to the shadowy organization?

Kieran de Grey is the son of an Irish pirate. He vows retribution on the disreputable organization who tried to kill him. However, Sophia Darnly’s untimely presence threatens to disrupt all his calculated schemes. Kier grudgingly allows her to participate in the commenda’s downfall. The spirited spitfire provides him with a valuable weapon to use against the shadow group. Will he and Sophia succeed in bringing about the commenda’s demise? Or will he forget about his vengeance to protect Sophia?

Kier is such a deliciously wounded hero. He is no stranger to the world’s dangerous underbelly. That corrupt world has molded and transformed him into the man he is. I love how Sophia is the chink in his hardened defenses. She is the fiery light to his jaded darkness. But what I like the most about Kier is how Sophia’s appearance in his carefully laid schemes throws him off balance.

Sophia is so full of grit and courage, especially in an era when women are supposed to be meek and biddable. She refuses to allow the organization that turned against her father to continue with their immoral ways. I admire her temerity and resourcefulness in documenting the commenda’s every move, even at the cost of her own life. But what I like the most about Sophia is her steadfastness in exposing the commenda’s crimes. Sophia willingly joins forces with the very man who once broke her heart.

DECEPTION is a standalone book by Kris Kennedy. I adore this author’s books because she writes such irresistible Irishmen in medieval settings. I have a fondness for the Irish and their swoonable accent. I wish more historical stories had either an Irish hero or heroine.

DECEPTION is a riveting tale of two long-lost lovers reuniting, despite adversity, to join forces against a common foe. It is always a treat for me to retreat to the medieval era. I cannot wait for more enticing stories with rascally Irishmen.