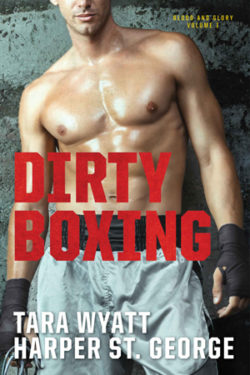 Jules Darcy is excited to be working as the Director of Marketing for the organization run by her father, The World Fighting Championship (WFC). This is her opportunity to get to know the man who has devoted his life to taking this sport from a B-list entertainment to a world-class sports organization. He wasn’t much of a father.

Nick Giannakis is a rising star in the MMA fighting world. He recently signed on with the WFC to get the support and recognition he wants and needs that will enable him to focus on winning the ultimate prize–the middle weight championship. However, his focus is broken when he realizes that the woman who walked out on him, the one he loved with his entire being, is now the person who will be arranging the publicity he needs for his upcoming fight. What’s worse, he finds out she’s the daughter of his new boss, who doesn’t appear to be too crazy about him.

Jules and Nick have a lot to figure out. They realize they both have strong feelings for each other. She’s afraid to get involved, and he’s afraid to let her get close because she hurt him so badly the last time they were together. Can they overcome their fears and risk everything on each other? Will they let others dictate to them how they must run their lives?  You have to read the story to find out, but I guarantee you won’t be disappointed when you do.