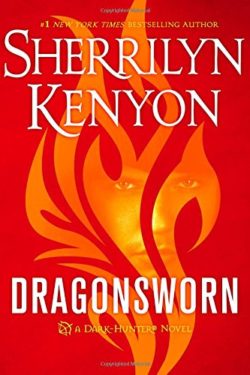 Falcyn is a drakomai, the lethal progeny of a god and goddess turned demon. He is the first and oldest of his kind. Falcyn regrets what has become of his only son. Two separate parties approach him for the use of his dragonstone. Falcyn and his three unwelcome companions soon find themselves transported to a bleak and desolate plane. Medea calls to the sensitive side he normally leaves suppressed. Will Falcyn be the Apollite and Damain’s salvation? Or will Falcyn herald the world’s end?

Medea Theoxena is the sole surviving daughter of Stryker, the leader of the Daimons. She despises the humans for what they stole from her. Medea braves Sanctuary to find her brother when a strange malady infects their people. She encounters a creature that alarms her, but she learns he possesses something that could cure her people. Medea cannot escape the irresistible connection she feels for the ill-tempered drakomai. Will Medea dare to open her heart again? Or will Falcyn hurt her far worse than the humans did?

Falcyn is my second favorite dragon being in Sherrilyn Kenyon’s Dark-Hunter universe. For a man raised without love or kindness, he willingly steps forward and accepts responsibility of his drakomai brethren. Falcyn acts as both their protector and mentor, preparing them for their upcoming roles in life. I admire that about him. I like how he recognizes a kindred spirit in Medea, especially how they both survived the bitter loss of a child and the sting of betrayal. But what I adore the most about grouchy Falcyn is his familial interaction and protectiveness of Blaise throughout the story.

Medea is a survivor. She has undergone one of the worst things imaginable for a woman: the brutal loss of a child and husband. I empathize with how Medea uses the raw fury of the past to fuel her need to keep on living. Her volatile, tough-as-nails attitude is a protective barrier for her battered heart. Medea, better than the others, understands the pain that Falcyn continuously carries on him. I like how she’s the only one who senses the drakomai’s sensitive side beneath all his gruff.

DRAGONSWORN is book twenty-eight in Sherrilyn Kenyon’s wildly popular paranormal series, THE DARK-HUNTERS, the second book in the DRAGON RISING trilogy arc. Reading the previous twenty-seven books is necessary to fully understand much of the situations and characters involved in the story. DRAGONSWORN reminds me what I enjoy about the author’s world before all the complicated twists, turns, and tangles. My only gripe with the book is how all the main characters are repetitively evil or the spawn of some evil.

DRAGONSWORN is an adventurous and snarky tale of two emotionally-damaged kindred spirits coming together and healing each other. I have always enjoyed Blaise, so I hope either he or Maddor finish up the dragon arc.