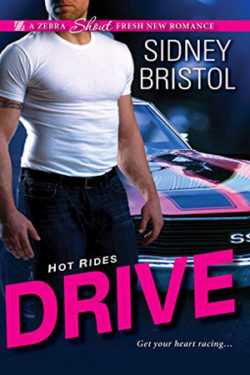 Aiden DeHart is after one thing–to bring down Michael Evers for the death of his sister and her husband. He will take down as many of Evers’s men as he can. Working for Dustin Ross is only a means to an end, and bringing him down will be a pleasure, especially after Ross sends Aiden out to get something from his ex-wife, Madison. Madison is something that Aiden did not expect, and the feelings that ignite between the two of them are a distraction he does not need.

Madison has sworn off bad boys after divorcing her cheating, lying ex. She already knows that there is no knight in shining armor who can save her. Living every day with the police shadowing her every move and her ex-husband sending his goons to get something he wants, Madison is at the end of her rope. When Aiden shows up offering to bring down her ex if she gives him a flash drive, she doesn’t believe there is much choice but to put her faith in him. Now if only she can remember her oath to swear off bad boys, then maybe she can get on with her life, because Aiden is the baddest of the bad.

This is the first book that I have read from Sidney Bristol and the first book in the Hot Rides series, and I thoroughly enjoyed it. DRIVE has some very hot and heavy scenes that are guaranteed to steam a reader’s glasses. But the author was also able to inject danger and action into the story that will keep the reader spellbound until the end. Madison is an amazing character that will resonate with women, as she was able to rediscover and be true to herself. While Aiden appears to be a tough guy, there is still a tenderness to him that makes him appear more real and shows the wounds that have made him who he is. These are definitely two characters that are made for each other.