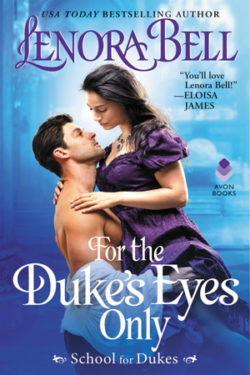 India Rochester and Daniel Bonds have been destined to wed since they were preteens. The two best friends dreamt of traveling the world and discovering all of the most extravagant and precious antiquities.

But when Daniel’s father suddenly dies, he is thrust into the role of Duke of Ravenwood and that of a spy for the parliament. Due to his now dangerous lifestyle, Daniel cuts off ties with India and creates a new persona of a roguish womanizer, so as to protect his real identity.

As adults, India, now called Lady Danger, has made a name for herself as an archaeologist and historian and is a novelty in the primarily male dominated industry. When several priceless artifacts go missing, she sets out on a quest to find them, and the Duke of Ravenwood is the perfect person to escort her.

In Lady India, the author has created a character that is strong, independent, unafraid, and unapologetic. Normally, these attributes would equate to a woman who is brash and unlikable. Quite the contrary in this tale.

FOR THE DUKES EYES ONLY is an easy read with enough witty quips, historical references, and passionate dalliances to keep readers entertained.