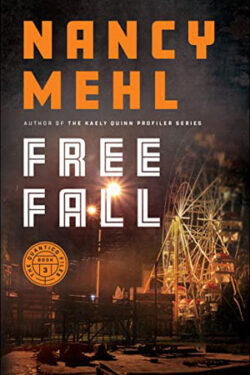 Alex Donovan and Logan Hart are FBI profilers who work closely with police departments  to investigate serial killers. They’ve been working together for years, but neither has admitted to the other what their feelings are for each other. This time they’re presented with a case involving women who look very much like Alex—and who have gotten into the public eye somehow. She’s at a grocery store when the woman in front of her starts talking to her, and only too late does she realize why the woman looks familiar—she’s a talking head on a news show, who likes to try to get scoops by tricking people into saying things on camera.

When the serial killer sends a note to the police, he instructs them that Alex needs to come alone to an abandoned amusement park, and she’ll find the answers she wants. In the meantime, Logan has been diagnosed with a brain tumor, so he’s being sidelined whether he wants to be or not, since his doctor wants to do immediate surgery. The story is told in various viewpoints, including from the victims of the serial kidnapper. Alex and Logan suspect he is killing his victims eventually, but no bodies have turned up–yet.

I had a difficult time reading this book for two reasons. I’m not a fan of serial-killer books or shows. I’ve never read/watched them at all, because I don’t want to look into the minds of perversely warped criminals. I found the insight on the killer’s thinking to be creepy. But the bigger issue I had is that there is no mention of this being a Christian book on the cover artwork, or the inside blurbs. Believing in God and converting to Evangelical Christianity is mentioned in every chapter, at least a few times. This took me out of the story each time.

But if you enjoy inspirational romance with your suspense, and serial killer fiction, you will enjoy this book.