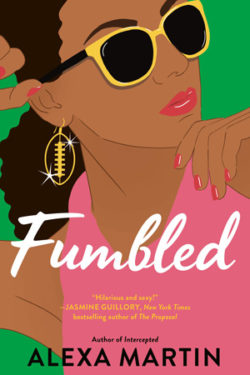 Poppy Patterson is a single mother who works hard and is raising her son to be a responsible, well-mannered young man. Her life has not turned out the way she had pictured, but it is satisfying all the same. She has a steady job, a home, and is able to give her son the things he needs.

TK Moore is a wide receiver for the Denver Mustangs football team. He plays hard and enjoys all the perks that come with being a successful athlete. He enjoys women but never gets emotionally involved. He’s still smarting over the girl he lost in his youth and has never met anyone who can make him forget all about her.

One night while working at a popular night club, Poppy is assigned to be the waitress for a large group of football players. She panics when she spots TK Moore, the boy she fell in love with long ago. He has grown into a very successful, sexy man, but he hurt her deeply and she wants nothing to do with him.

TK is thrilled to reconnect with Poppy and sees no reason why their relationship can’t pick up where it left off. However, there is a huge secret Poppy has been keeping from him. A secret that will change both their lives.

FUMBLED is a story that deals with youthful love that turns into a complicated adult relationship. Nobody ever said getting the opportunity for a second chance at love would be easy. This is a great read, especially for those who dream of having a second chance.