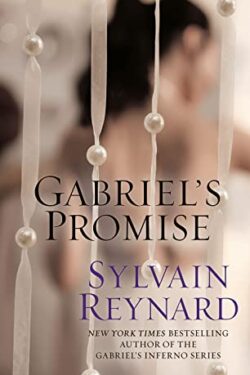 GABRIEL’S PROMISE by Sylvain Reynard  is a part of a continuing series set in the academic world. This is book 4 and while it references incidents that have come before, it does read as a decent standalone story. The story line revolves around Dante Alighieri’s 14th-century epic poem Divine Comedy and it’s being studied by contemporary academia. In this story Gabriel Emerson is married to Julianne, his ‘Beatrice’ from the Divine Comedy, who has just had their first child. The couple are living in Boston and teaching in two different colleges. There has been a break in at their home and apparently Gabriel has received a death threat. The story continues with researching the mysterious death threat, the pettiness of academia surrounding the fame of Gabriel and the upcoming recognition of Julianne and a trip to Scotland. It’s a good story with some answers to questions raised and a to be continued for others. It took me a while to get into reading this book but I did find it interesting enough to finish and give this review. I received a complimentary copy (ARC) of this book. Opinions expressed in this review are completely my own.