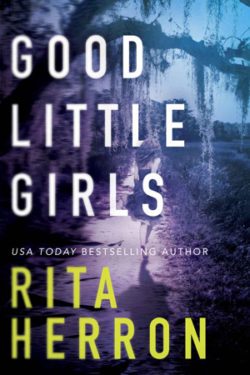 FBI Special Agent Wyatt Camden cannot forget the Skull case, nor its sole survivor. He feels guilty about not capturing the serial killer. When Tinsley Jensen contacts him, Wyatt rushes to her house. The frightened woman provokes unprofessional feelings in him. Wyatt intends to capture the dangerous sociopath, so the masked man cannot hurt another woman. Can Wyatt protect Tinsley from the Skull? Or will the sociopath elude him for a second time?

Tinsley Jensen is the sole survivor of the masked sociopath Skull. She finds solace in helping victims similar to her with an online blog. With the anniversary of her captivity looming, Tinsley suspects the Skull has returned. The only person she can trust to help her is Special Agent Wyatt Camden. When the madman targets Tinsley’s friends and family, she confronts her fears to save them. Can Tinsley escape the psychological hold the Skull has over her? Or will she be forever trapped by her fear?

Wyatt is such a wonderful hero. I love how he continually assures Tinsley she is not to blame for the madman’s hurtful actions towards her or others. He actually empathized with Tinsley over her ordeal instead of treating her with cool detachment. I like how despite it being a year since the case, Wyatt maintains in contact with her. But what I adore about Wyatt is how he always puts Tinsley’s feelings before his own. He would rather not disabuse her trust by pushing for a deeper, romantic connection; instead, Wyatt respects her need for space.

Tinsley is such a courageous and inspirational character. She is tired of being a shell of her former self. I like that Tinsley strives to take back her life by fighting her dilapidating fears instead of allowing them to continue ruling her life. I also like how she acknowledges and accepts the fact that she will not be the same person as she had once been. However, what I admire the most about Tinsley is the inner strength it took for her to share her experiences on a blog. She does not do it for the attention; instead, she hopes her blog helps other victims deal with their traumas.

GOOD LITTLE GIRLS is book two in Rita Herron’s romantic-suspense series, THE KEEPERS. I sometimes felt as if I missed some important information from not having read the first book, yet it did not hinder my ability to follow the storyline or connect with the characters. This story reminded me why I enjoy this author’s romantic suspense. It made me feel as if I was watching one of my favorite criminal television dramas.

GOOD LITTLE GIRLS is a gripping tale of overcoming one’s traumatic past to take back their life. I like how the author focused more on the story’s thrilling plot than the actual romance. I cannot wait to see what the author has in store for the next installment.