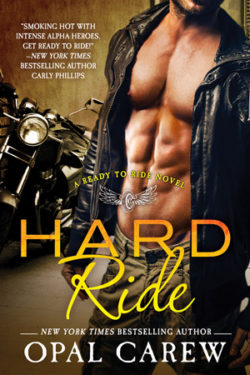 Desperate for money, Liv will do anything to come up with the funds she desperately needs. But she never thought she’d find herself in a dangerous alley after being stood up by the one man she thought would help her. What she doesn’t realize is that the one man she loved in college has spotted her–and he’s nothing like the man she thought he’d become. He comes to her rescue.

Shock, as he’s now known, might be part of a rough biker gang, but he’s still got a soft spot for Liv, and he’ll do anything to possess her–including offering her a contract. One month of surrendering to his sexual whims in exchange for the money she needs. Since the attraction to Shock has always been there, it should be a win-win situation for Liv. But events from her past have left her gun-shy about sex and uncertain about how Shock will react when he learns the truth about what happened when they were in college.

Over the past couple years I’ve become a fan of the MC genre. Maybe it’s because of the devil-may-care attitude or the freedom to be who and what they are, but there’s something infinitely appealing about the men who belong to biker gangs. Okay, maybe not so much in real life (most of them are pretty scary), but then again, isn’t that sense of danger part of the appeal?

So far, Opal Carew’s READY TO RIDE series consist of four books, which incidentally can all be read as stand-alone stories, so grab a copy of any of them, sit back, and experience a wild ride at the hands of the READY TO RIDE gang.