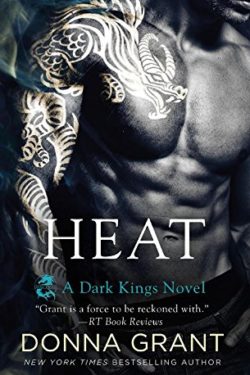 Nikolai is the Dragon King of the Ivories. He continues to carry guilt for siding with Constantine, the King of Kings, instead of Ulrik, the man who raised him. Esther, however, fascinates him, so Nikolai agrees to help her. As their attraction heats up, he accepts the undeniable fact that she is his mate. Will his unique ability help Esther? Can he help her come to terms with her new ability?

Assigned to work alongside the Dragon King, M15 agent Esther North searches for clues on the elusive druid who hijacked her mind. The gap in her memories wears on Esther, but she is determined to recover that missing time. Esther convinces Nikolai to aid her in the hunt; however, she learns something startling about herself during the search. Will Esther find the mysterious druid and regain her memories? Can Esther accept her new role in the supernatural world?

Nikolai is a man who observes things on the sidelines and catch what others often overlook. I love the distinctiveness of his magical ability. It is so incredibly different. I can empathize with Nikolai’s feelings of dividedness, yet he keeps to his convictions despite his sense of indebtedness to Ulrik. I like how Nikolai readily accepts that Esther is his mate instead of fighting it. But, what I like the most about Nikolai is how he helps Esther accept the truth about herself and come to terms with her new role.

Esther is such an amazing woman. She is well aware of her limitations against supernatural beings, but she does not allow that drawback to deter her. I admire Esther’s inner strength and resolve to regain her sense of self. She insists on recovering her missing memories, instead of allowing someone else to do it for her. But, what I like the most about Esther is how she helps Nikolai come to grips with his guilt about Ulrik.

HEAT is book twelve in Donna Grant’s paranormal romance series, DARK KINGS. A lot of important events happen in this story that change the tide in the series. I enjoy how Isla and Hayden, from UNTAMED HIGHLANDER, book four in the author’s DARK SWORD series, and Reaghan and Galen from SHADOW HIGHLANDER, book five in the same series, play an important role.

HEAT is a captivating tale of two individuals overcoming great hurdles and danger. I cannot wait to learn more about the enigmatic blogger whom the Dragon Kings’ mates love to follow.