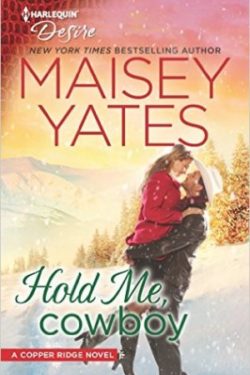 After ten long years of celibacy Madison West has decided to end the dry spell and indulge in a sexual tryst with someone she deems as safe at a vacation cabin. Only things don’t go according to plan and instead of the salesman she’d propositioned, Madison ends up being snowed in, with no power and a suitcase full of lingerie – and no man since the road to the cabin is impassable and Christopher can’t get through.  Since her cabin’s freezing she heads over to the next cabin for help and discovers it’s being used by Sam McCormack, a blacksmith/artist she’s verbally sparred with for years.    The weekend’s not a total loss, she’s more than willing to substitute one man for the other – only unlike Christopher who was a ‘hit it and quit it’ kind of guy, there’s no question that a weekend isn’t going to be enough for either Madison or Sam.  Sam suggests they agree to an arrangement of twelve days of smoldering sex before Christmas – and in theory it’s a good idea … but remaining emotionally detached is impossible.  Can they really go their separate ways and pretend nothing ever happened between them?

With witty dialogue, emotional revelations, scorching sexual scenes, and memorable characters HOLD ME, COWBOY is a story that’s sure to charm readers. Sam and Madison have issues in their pasts which have led to them guarding their hearts but somehow they find comfort in sharing their insecurities and concerns with each other.  I loved how Madison and Sam seemed to revel in their verbal sparring, it felt more like foreplay than actual fighting, yet there was vulnerability in each of those scenes that bled through to the reader.   I genuinely enjoyed revisiting COPPER RIDGE and the characters from previous titles.  Don’t worry though if you haven’t read the previous books, they can each be read as stand-alone reads.

SHOULDA BEEN A COWBOY

SNOWED IN AT COPPER RIDGE (in the SNOWBOUND AT CHRISTMAS anthology)

DOWN HOME COWBOY (releases in July 2017)

CLAIM ME, COWBOY (releases in November 2017)