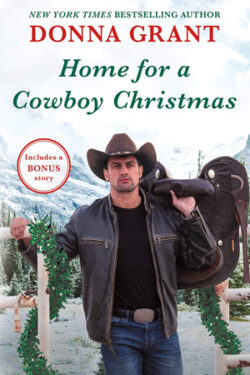 Dwight Reynolds is former FBI and Homeland Security. He now runs the family ranch in Montana. Dwight agrees to hide a woman in the witness protection program for his friend. Something about Emmy draws him, yet he tries not to act on his growing attraction. However, the people searching for Emmy show up. Will Dwight’s military skills be enough to protect Emmy? Can he convince her to stay in Montana once the danger passes?

Emmy Garrett works for a large bookkeeping firm in Denver, Colorado. She is testifying against the city’s greatest mob bosses. When her location is compromised again, Emmy finds herself in Montana. Dwight and his dog, Sam, make her feel safe for the first time. However, Emmy cannot help but worry about endangering them with her problem. Can Emmy manage to survive until the trial? Or will she become another casualty?

Dwight is a man who feels the need to protect those around him. It is an ingrained trait. I admire Dwight’s honorable behavior. He refuses to take advantage of Emmy during a difficult time. Dwight knows she is not in a good mental or emotional place to welcome a relationship. What I adore the most about Dwight is his willingness to help Emmy deal with her PTSD. Since he is a recipient of the same problem, Dwight knows the signs and symptoms, so he knows the best ways to overcome it.

Emmy is such a courageous woman. She has been through such a harrowing experience that many people would have buckled beneath. I admire Emmy’s integrity. It took incredible bravado to testify against a mob boss. Emmy knew that it would endanger her life, but she could not let a criminal go unpunished. What I like about Emmy is how her traumatic experience allowed her to discover things about herself. She let many opportunities pass because of her fear and uncertainty.

HOME FOR A COWBOY CHRISTMAS is a standalone, holiday-themed novel from Donna Grant. I am not really a fan of holiday stories; however, I do make exceptions for certain authors. I like how the story encompasses both Thanksgiving and Christmas. Thanksgiving is a holiday not commonly found in books. However, the two holidays are not the main focus of the plot.

HOME FOR A COWBOY CHRISTMAS is a wholesome and warm-hearted tale with the right amount of suspense. Dwight and Emmy’s romance is more of a slow-burn than instant attraction, which made it easy to enjoy.