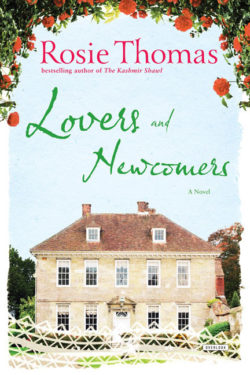 LOVERS AND NEWCOMERS wasn’t at all what I was expecting. This is women’s fiction novel that plodded along in a small town in England as well as London. It took me a while to become vested in the story. There are a cast of characters that have a depth to them but are also set in their ways. They move to small town Mead, Miranda’s country home, and are living on her property to live out the rest of their lives.

There are twists and turns to the story, but oftentimes the outcome was expected. The story is filled with emotion, discontent, reminiscing, flirtations and more. The characters’ jobs and financial stability run the gamut of rich to poor,  but each character is there for each other. Mostly.

The building and setting up of new homes on Miranda’s property is revealed a little at a time with vivid descriptions, along with the town and its people, businesses, and the land. There is closure with most of the loose ends tied up, but an epilogue would have been nice.

This women’s fiction story has characters trying to go back to a time when they were more carefree and their friendships meant everything to them. Back in their university days they got to know each other well, and Miranda thought if they lived together on the same property that she inherited when her husband died, that they could all be there for each other in their later years. Mead embraces them, including Miranda who never felt a part of it before, and we get to see the highs and lows of living in a small town.

Thomas is a new-to-me author. I look forward to reading a few more of her books.