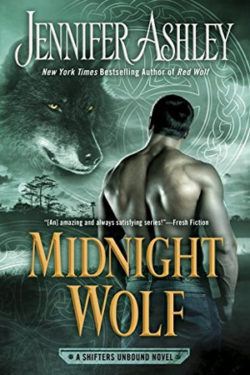 In this installment, Angus Murray, a shifter from New Orleans, is forced to track down Tamsin Calloway, a Collar-less shifter on the run from Shifter Bureau. Angus isn’t keen on rounding up his people, but if he doesn’t, his cub will suffer.

Tamsin is a strong, independent woman and a rare type of shifter. She’s fast and tricky, and she has no plans to get caught. But when Angus catches up to her, she finds herself softening, and soon she doesn’t want to run anymore. The mate bond lingers between them. But forces greater than both of them might tear them apart.

Anytime I want a book that will engage me from beginning to end, I pick up a Jennifer Ashley novel. Her SHIFTERS UNBOUND series is one of the best paranormal series out. This books stands alone, but reading the others in the series makes this read that much richer.

Don’t miss this amazing paranormal romance. You’ll be hooked before you know it!