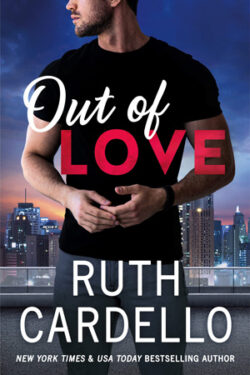 OUT OF LOVE is the second book in The Switch series, and it was a fun-filled read with the twin switch. This time Scott is front and center, though his twin, Jesse, and his brother, Thane, are woven throughout. Scott is playing at being Jesse during the switch. He’s supposed to stay in Jesse’s apartment and not go anywhere or meet up with anyone. Scott, the farmer, decides to become the businessman, and the fun proceeds from there especially when he falls for Monica, the one whose company is in a contract with Jesse and Thane.

Monica and Scott have immediate chemistry when they meet, but they have secrets to work through, along with distrust and anger from Monica. They seem to not only balance each other but give the other the strength needed to handle problems.

There are a lot of plots woven together in this story, but they come together nicely. Each chapter is told from Scott’s or Monica’s point of view, and I had to look back a few times to see who was speaking. Many of the characters we’ve met before return, and it was nice to see what they were up to, adding a dose of reality and depth to the story (that was often farfetched.)

The story ended too abruptly for me. But I did like the hint of what’s to come with a preview of Thane’s story. I love the cover with the pop of red.