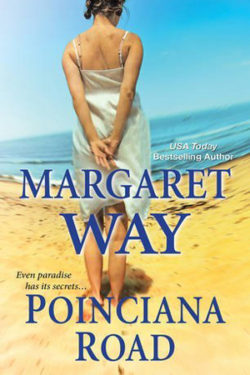 Winds blow, leaves scatter and love withstands the test of time. Mallory James’ heart is broken into a million pieces but her love remains for her uncle who raised her when her father would not. She lives with guilt after her mother’s premature death, which happened when Mallory was just a child, and her father’s subsequent abandonment. Also, her fiancé’s betrayal cuts her deep in the heart. Then, a childhood friend, Blaine Forrester, uttered careless words, hurting her deeply, breaking her trust in him, which ultimately pushed her over the brink. Mallory fled Moonglade, her uncle’s mansion and her childhood home, without looking back.

However, many years later Mallory, now a stunningly beautiful, renowned child psychologist, receives word that her uncle has had a recent health scare. Her loving, doting uncle is just like a father to her, so she zooms back to Moonglade to take care of him. Only she learns after moving in that her ex-fiancé Jason, his wife, his daughter and his twin sister live there as well. Plus, Jason and his sister work for her uncle. What the heck? Strange as this is, her childhood friend and hero, Blaine, works for her uncle too. Well, just shoot her down now! How does Mallory handle these unusual circumstances? Not only that, what’s up with Jason’s wife and daughter’s poor health? In addition, Jason’s wicked twin sister Jessica has extreme anger issues. What danger lurks beneath the beautiful tropical façade of magnificent Moonglade, set in Australia’s rain forest in Margaret Way’s new novel POINCIANA ROAD, where strong familial bonds run very deep?

You will be shocked, intrigued and left speechless, just like I was while reading POINCIANA ROAD, an evocative, suspenseful and devious novel. Lush settings, well-drawn sneaky characters, a twisty, tangled plot filled with paranoia, drama and emotional scars so entrenched you will wonder which way is up. The story is engaging, tender and heartbreakingly real. There are shocking surprises, and romance whispers in the wind. Will Mallory uncover the many secrets surrounding Moonglade? Does Blaine win over Mallory’s heart? I loved how the author punched disturbing upheavals into the storyline with mysterious illnesses, melodrama from twin sister Jessica and many angst riddled situations. Margaret Way is an excellent storyteller and this story held me in its grip until the last page! Fraught with emotional landmines and a surprising romance, POINCIANA ROAD packs a powerful punch! Sensational!