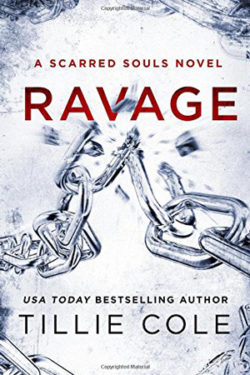 The nightmare of death that his captors have trained him to be, 194 is the ultimate killing machine. He is a monster that has been tortured and drugged to show obedience at all times. He has one goal, and nothing and no one has caused him to deviate from that goal. His sister is all that matters to him, and he will kill and torture anyone he’s sent after in the hope of obtaining that goal.

Zoya Kostava has endured more heartache that most people can imagine. Surviving the massacre that slaughtered her family when she was five, she has been living in hiding. When she finally gets news that one of her beloved brothers has survived, she immediately goes to find him. What she never expected was to be kidnapped and tortured for days by a man who reminds her of what her brother must have gone through.

Zoya knows that this man is as broken as she is, and she will do what she can to make him remember who he once was. Will 194 be strong enough to fight the conditioning and drugs ravaging his system and turning him into a beast? Danger pollutes every minute of their lives. Will they be able overcome the horrors of the past and present to find a future, or will 194’s Mistress destroy their future before it can even begin?

This is the first book in the A Scarred Souls series that I have read by Tillie Cole, and I am floored! When I started to read RAVAGE, I was hooked. I spent the next couple hours being thrown into a whirlwind of emotions that ranged from shock and rage to love and happiness. The beginning of Valentin–known as 194– and Zoya’s story was rocky, to say the least. Valentin is definitely not what anyone would classically define as a hero, but he fits the mold, even if it is a bit warped. And Zoya is one of the strongest female characters that I have read about in quite a while. I have fallen in love with this couple, and I know that other readers will feel the same way. I would highly recommend this book to anyone who loves to read romances where the hero is not the knight in shining armor, and sometimes being the beast saves the day.