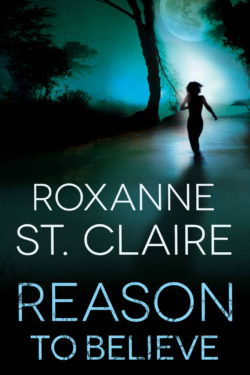 Chase Ryker is a former NASA astronaut turned bodyguard. He works for a successful security firm called Bullet Catchers. Chase questions his boss’s motives for assigning him to Arianna Killian. He scoffs at her so-called gift and dares her to prove she can truly communicate with the dead. Arianna not only tests his pragmatic mindset but his professionalism also. Will Chase trust in Arianna’s ability enough to catch a killer?

Arianna Killian is a popular psychic on a television show called “Closure”. She hires a bodyguard after receiving cyber threats via email. Arianna has another pertinent reason for employing a Bullet Catcher. She sets out to convince a skeptical Chase of her ability while ferreting out her stalker and a murderer. Will she be able to prove to Chase that she really does speak for the dead? Or will her stalker silence her forever?

Chase is a man deeply rooted in science, one who would rather find a rational reason for something than believe in magic or the paranormal. Arianna is Chase’s perfect contrast, she is chaos to his cautious circumspect nature. I like how being around her teaches him to see beyond the scientific black and white into the multicolor of the supernatural.

Arianna is an upbeat woman comfortable in her own skin and with her gift. She has accepted that there will always be cynics, those unable or unwilling to believe in psychics and such abilities. I love how Arianna challenges Chase’s skepticism with her determination to prove her ability. What I like most about her is how she uses her ability to give people closure after losing loved ones.

REASON TO BELIEVE is book 3.5 in Roxanne St. Claire’s romantic suspense series, BULLET CATCHER. The novella can standalone without reading the prior books. I miss this series; however, I understand why there will not be any further books.

REASON TO BELIEVE is a quick yet exhilarating read where opposites attract. I love the hint of supernatural element the author included in this story. This novella fondly reminds me why I adore the Bullet Catcher world.