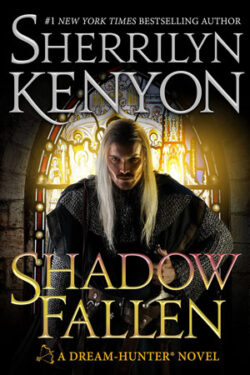 Valteri the Godless has spent most of his life rejected and despised because of his mismatched eyes. He is a formidable knight for William the Conqueror. Valteri finds himself saddled with unwanted lands and a title instead of the promised monetary reward. His men return from a scouting recon with a mysterious, yet captivating, woman with amnesia. Something about Ariel calls to Valteri; however, he insists on keeping his distance from her. Can Ariel help Valteri overcome his inner demons? Or will outside forces steal her away from him?

Ariel is an Arel – an immortal being born from the powers of light to escort souls to their designated afterlife. She finds herself trapped in a human body with no recollection of her former self. Ariel also discovers that she is under a witch’s curse, doomed to watch the one she loves die miserably. She feels drawn to the broody Norman who took her in, but Ariel fights her attraction to spare him from the curse’s effects. However, other forces conspire against them. Can Ariel and Valteri thwart the curse? At what cost? And will Ariel regain her memories?

Valteri managed to tug on every one of my heartstrings. I have always had a weak spot for a wounded/tortured hero, and he is no exception. He is an exceptional man who has survived a childhood filled with pain, humiliation, and cruelty. Valteri never allowed his dark past to turn him evil or vicious. Instead, Valteri maintained his humanity, and I admire that about him. What I adore the most about Valteri is his protectiveness towards certain things and people. He may not have experienced love or kindness, but he refuses to hurt or abuse anyone weaker than him.

Ariel is everything I like in a heroine. She is a strong and capable woman who is not easily influenced by others. I love Ariel’s ability to see the true Valteri buried beneath years of neglect and hurt. She hates what people did to him in the past. What I admire the most about Ariel is her determination to convince Valteri to truly live. She refuses to allow anyone to hurt him verbally or physically. Plus, Ariel knows that Valteri is the most deserving person to survive and prosper.

SHADOW FALLEN is book five in Sherrilyn (Kenyon) McQueen’s paranormal romance series, DREAM-HUNTERS, an off shoot from her award-winning DARK-HUNTER series. It took me a while to understand how this story fit into that world. I should have refreshed myself, since it has been a couple years since I read a DARK-HUNTER book. For newbies, I highly suggest reading the prior books in both series to understand the characters and the supernatural aspect.

SHADOW FALLEN is Sherrilyn (Kenyon) McQueen’s way of announcing her return to the book world. I am so glad that this author has reclaimed her literary spark. She has overcome some personal issues that interfered in her writing and creative process. I cannot wait for the next installment!