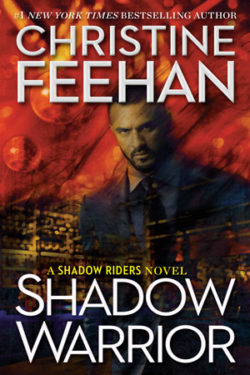 The fourth installment of the Shadow Riders saga brings us the tale of another Ferraro brother.  Vittorio has a dark and mysterious past and had always been the quiet brother of the Ferraro clan.  Now he will meet his match in Grace and his perfect mate to continue the Ferraro line.  However, Grace is not just willing to roll over and accept what he says at face value.

Grace Murphy is a smart and intelligent woman with a sad past of drifting in and out of foster homes as a child.  Grace thought she had the perfect protector in her foster brother, but soon learns that he is not only dangerous but psychotic as well.  When Grace finds out that he is literally selling her to pay a debt she is livid and the fighter that has been inside her comes blasting out.  However, she is no match for the men that have come to take her and she finds a true hero in Vittorio Ferraro.

Vittorio is minding his own business watching things closely as he always does at his family’s club.  When he sees some unsavory characters and members of a rival family, he knows something in definitely wrong.  Vittorio follows them and never expects to find the dynamo of Grace Murphy fighting men bigger than her to prevent from being abducted.  Vittorio steps in to save the day and when Grace takes the bullet meant for him, he knows that he has found his true mate.  Vittorio will stop at nothing to make sure that Grace is safe and there is no safer place than in his arms and his bed.

Christine Feehan has a way of penning stories that not only keep the readers entertained and interested, but keep them in suspense of the next book in the series.  The Ferraro family is an intriguing mix of vigilante justice and extreme alpha males.  This is enhanced by their love for the women and their only sister.  Vittorio has a dark side that makes him broken and irresistible at the same time.  His tender care and protectiveness of Grace will leave you wishing for your own dark hero to come and save the day.  Grace has problems of her own but is a delightful mix of timidness and dynamite all in one package.  The story line is tossed between tenderness, passion and betrayal.  Christine Feehan has done an excellent job of writing a story that will leave readers anxiously awaiting the next installment of the Ferraro family.