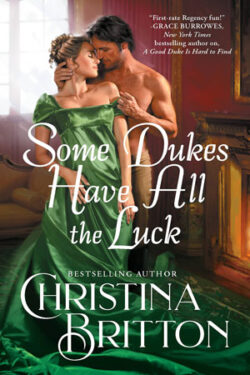 Ash Hawkins, Duke of Buckley, co-owns a gaming hell in London, England. He is responsible for three defiant and rumbunctious wards. When two run away, Ash is forced to chase after them to his mother’s ancestral home. He bumps into the most fascinating bluestocking there. Ash believes that Bronwyn may be the solution to his problems. He just needs to convince her to agree to a marriage of convenience. However, Ash never imagined he would fall in love with Bronwyn or grow close to his wards. Can Ash exorcise the demons of the past? Or will it destroy any possibility of a future?

Miss Bronwyn Pickering is nothing like her social-climbing parents. She prefers her entomology pursuits than interacting with the ton. Her parents demand that Bronwyn must find a titled husband or risk the destruction of her scientific work. She has no other choice than to accept a stranger’s hasty marriage proposal. Bronwyn accepts the conditions Ash insists for their marriage; however, she cannot stop the growing feelings for her new husband. Can Bronwyn help Ash let go of his traumatic past? Will she help him forge a bond with his three wards?

Ash won my heart instantly! He is a man haunted by a dark and traumatic past. Ash refuses to be the monster that his father and his ancestors were. That is why he keeps an emotional distance from others. I understand, and admire, Ash for wanting to protect his three wards from the truth. He means well, but his good intentions rob him and the girls from what they truly need. What I adore the most about Ash is his endless support of Bronwyn’s scientific interests. He openly respects and acknowledges her intelligence. Ash continually encourages Bronwyn to follow her dreams.

I could not help but to adore Bronwyn. She is a lonely soul who has never truly fit in or experienced parental love. I empathize with Bronwyn’s self-confidence issues.  She has endured years of ridicule and belittlement from her parents and others because of her interest in entomology. I like that Bronwyn is the total opposite of her parents. She has no interest in the ton or their world. What I liked the most about Bronwyn is how she blossomed under Ash’s care. His support and acceptance helped Bronwyn find the person she was meant to be. It gave her the courage to stand up for herself.

SOME DUKES HAVE ALL THE LUCK is the first book in Christina Britton’s new historical romance series, SYNNEFUL SPINSTERS, a spin-off from her THE ISLE OF SYNNE series. This my first time reading this author. The book’s synopsis is what grabbed my attention. It sounded like something I would enjoy. I flew through the pages, unable to put it down. I found myself immediately immersed in the characters and the plot.

The spin-off can be read separately. I did not feel as if I missed out on anything from the previous series. I do plan to check out THE ISLE OF SYNNE books and the author’s other works.

SOME DUKES HAVE ALL THE LUCK is a sweet and heartwarming tale of two love-weary souls finding where they belong. I hope this series focuses on Bronwyn’s friends in The Oddments. I cannot wait to read the next installment!