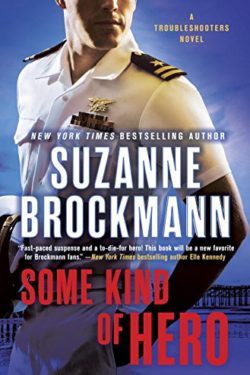 Shayla Whitman is a romantic suspense author who has tried to overcome writer’s block for two years. Her new neighbor is a Navy Seal with his daughter, Maddie. When Peter flags down Shayla on the street asking her to follow a car he thinks his daughter has gotten into, Shayla is intrigued as any good author would be. It doesn’t hurt that he is a hunky man in a uniform either.

Lieutenant Peter Greene is out of his element with a fifteen-year-old daughter he hasn’t seen since she was one. His ex-girlfriend died in a car crash and left custody of their daughter to him. He knows everything there is to know about being a seal but has no clue how to relate to a teen-age girl.

Maddie is upset about her mother’s death and doesn’t know her father. She ends up with the wrong group of kids in school and when her so-called friend gets Maddie in real trouble with the drug lord, she runs away with a guy she knows she can trust to keep her safe. They must find the girl that got her into this mess. Running from the bad guys and trying not to bring her dad into the mess makes for a suspenseful time for them all.

Peter, Shayla and all the seal team are looking for Maddie and not sure what kind of trouble she is in. This is an action-packed thriller that leads from one city to another with Peter and Shayla trying to keep their personal feelings for each other out of the mix.

Learning the history of a detention camp called Manzanar that was a reality in World War II is an added bonus to the story. Along with the humor and camaraderie that keeps the pages turning. Of course, the love story doesn’t hurt either. I enjoyed this book totally and liked learning some history as well.