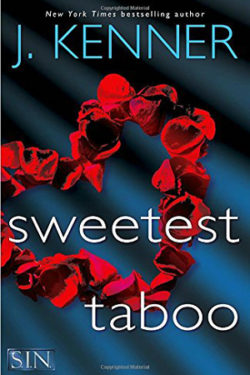 Dallas Sykes looked to the world to have everything made. He was a successful billionaire with playboy ways. But there are hidden depths in every puzzle, and Dallas has more hidden then most. A hellish kidnapping changed him in ways that most would not be able to understand. He strove harder and formulated a team that would aid in finding other kidnapped victims, as well as bringing their kidnappers to justice. But the one thing that he could not protect was his love, Jane.

Certain things in society are considered taboo, and falling in love with your brother is one of those things. It doesn’t matter that they are not blood-related, but related by adoption is still considered taboo. But Jane only wants one thing, and that is Dallas. The time that they spent together during the kidnapping was horrendous, but their love was forged in fire and pain and cannot be broken. But that does not stop an obsession from coming for what it wants. And Woman wants Dallas.

Deliverance has been unleashed, and all its power will be put into play because Jane is in the center of danger. Woman wants Dallas and wants Jane out of the picture. But Woman has forgotten who she is dealing with. Dallas will unleash every weapon in his arsenal to keep Jane safe and to bring vengeance upon those that sought to harm them. He won’t give up his love, and he doesn’t care what society thinks. Jane is his, and he will destroy anyone and anything that threatens her.

SWEETEST TABOO is the final book in The Dirtiest Trilogy and wraps the series up with a bang! J. Kenner has written a highly erotic story fraught with danger and intrigue around every turn. The pain that peppered through the story is heartbreaking, but the love that Dallas and Jane feel for each other is inspiring. I was very unsure of the series due to the brother and sister relationship, but I was blown away with the way it was written. I fell in love with the characters and the story. I would highly recommend this book, and the series, to anyone who likes a little taboo in their lives.