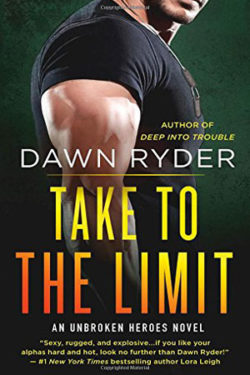 Jaelyn has been attracted to Bram Magnus for a long time, but he is her sister’s boyfriend and therefore, out of reach. Bram has been attracted to Jaelyn as well, but she has been off limits. Jaelyn is not the type of woman to have a casual affair. She is someone you treasure and keep. Considering his devotion to his military career, that is not the direction he wants his life to go in. Life is much easier if he just dates her sister, LeAnn, a woman who likes the casual relationship they have with no strings attached.

However, life doesn’t always go into the direction you expect. The night before he leaves for Afghanistan, Bram discovers LeAnn is cheating on him. He isn’t heartbroken, but he does finally give in to his attraction to Jaelyn. They share a kiss so hot and steamy, it takes them both by surprise.

While overseas, Bram realizes his feelings for Jaelyn run deeper than he thought. He never thought he would want to be in a committed relationship, but he can’t stop thinking about her. He wants to reconnect with her when he gets back home to see just what exactly they have and if it might lead to a future together.

Bram has enemies who have followed him back home. They want to destroy his life, and what better way to do that than to take away what he holds most dear–Jaelyn. TAKE TO THE LIMIT is a fun action/adventure ride. Dawn Ryder creates alpha males that are hot, hot, hot. This was a fun read and a great addition to her Unbroken Heroes series.