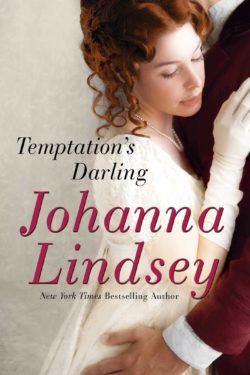 Lord Montgomery “Monty” Townsend is the youngest son of an earl. He acts as the Prince Regent’s scapegoat, willingly assuming the royal’s scandals as his own. Monty intends to never marry. While hiding out from trouble, he meets a beautiful yet unorthodox woman. Montgomery cannot understand Vanessa Blackburn’s insistence on marrying the Rathban heir. Against his better judgement, he tutors her on how to attract the reluctant fellow’s attention. Can Monty convince Vanessa not to marry another man? Is he willing to take the matrimonial plunge?

Lady Vanessa “Nessi” Blackburn is the eldest daughter of an exiled earl. She has spent the last six years living in Scotland with her father. Vanessa returns to England to make her debut in society. On her homebound journey, she runs into a mysterious, happy-go-lucky gentleman. Vanessa learns, in order to end her father’s exile, she must marry her nemesis’s son. She enlists Montgomery’s aid to seduce her indifferent bridegroom to the altar. Can Vanessa bring her father back home? Or will Monty thwart Vanessa’s carefully laid-out plans?

Montgomery is such a fun and likable hero. I could not help but fall in love with the rascal’s charismatic charm. I love how Monty differs from the usual aristocrats found in the romance genre. He is more carefree and easy going, preferring to move with the flow than control whatever situation he lands in. What I adore the most about Montgomery is how he encourages Vanessa not to adhere to society’s mandates. He likes when she is her outspoken and opinionated self.

Vanessa is everything I like in a heroine. She is an independent and strong-willed young woman. I love how Vanessa is not afraid to stand out. She would rather be herself than conform to society’s expectations on how a debutante should behave. What I admire the most about Vanessa is the sacrifice she is willing to make to end her father’s exile. It shows just how much family truly means to her.

TEMPTATION’S DARLING is a standalone historical romance from Johanna Lindsey. I have been reading this author since my teenage years, and I still anticipate anything new from her. This story, especially its voice, reminds me of the author’s earlier books.

TEMPTATION’S DARLING is an entertaining tale of two people overcoming impossible odds to be together. I hope the author considers writing Daniel Rathban’s story. He definitely deserves a happily-ever-after.