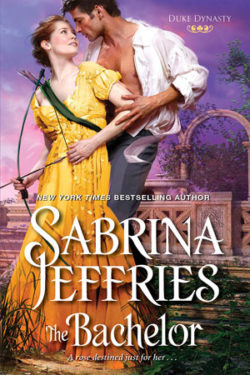 Major Joshua Wolfe, a former Royal Marine, works as a gamekeeper for his cousin, the Duke of Armitage. He rescues Lady Gwyn from a physical altercation with a prior suitor. Joshua reluctantly agrees to become the lady’s bodyguard during her time in London. However, he suspects the Drake siblings are hiding viable information that could hinder his job. Will Joshua’s old battle wound handicap his ability to protect Gwyn?

Lady Gwyn Drake is the twin sister of the Duke of Thornstock. Her past rears its ugly head and threatens her upcoming debut into society. She intends to handle it discreetly without her family learning about it. Gwyn’s new bodyguard, however, makes that difficult. The handsome major proves to be different from her prior fortune-hunting suitors. Can Gwyn trust Joshua with her secrets? Or will they destroy any possibility of a future together?

I am ecstatic that Joshua got a full-length novel. He definitely deserves a happily-ever-after. Joshua is a proud man, who is still learning to cope and deal with the injury that handicapped him. I love how Joshua credits Beatrice with his recovery. Although he never vocalized it, he appreciates everything his younger sister did for him. What I like the most about Joshua is how much in common he has with Gwyn. The two have such cynical outlooks about love. The only difference is that Gwyn’s cynicism is from past experience while Joshua’s skepticism is second hand.

Gwyn won me over since page one. I adore how she sees Joshua’s true potential. Unlike her peers, Gwyn never once judged him by his disability but by the man hidden within. I admire her persistence. Gwyn understands Joshua’s surliness is a defense mechanism; however, she refuses to allow his demeanor to stand between them. What I love the most about Gwyn is her defensiveness about Joshua’s limitations. She is quick to anger on his behalf whenever someone intentionally or unwittingly slights him over his handicap.

THE BACHELOR is book two in Sabrina Jeffries’ historical romance series, DUKE DYNASTY. I have been eagerly anticipating this novel, and it did not disappoint. Occasionally, I felt as if I missed out with Lord Heywood and Cassandra since I have not read the short story in the anthology, SEDUCTION ON A SNOWY NIGHT. Regardless, it did not hamper my ability to follow the storyline.

THE BACHELOR is a wonderful tale of two cynical hearts healing enough to find love. I simply did not want this book to end. I cannot wait to find out who will threaten the Duke of Thornstock’s bachelor ways.