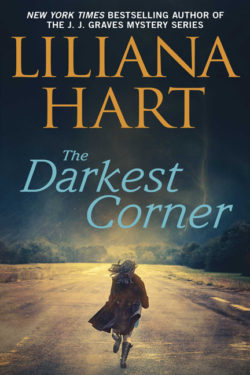 Deacon Tucker is dead to the world. That is what he agreed to when he was recruited to be a Gravedigger. He is a member of a strike force for a covert organization so secret that even the President does not know of its existence. He and his team are from the elite in military and intelligence agencies from all over the world and brought together for the purpose of fighting domestic terrorism. And like the rest of his brethren, he had been considered a rogue agent by his own government and sanctioned for death. Of course, that was before he was resurrected, so to speak.

Tess Sherman’s life has had its share of bumps in the road. Her mother is irresponsible and irrepressible, her self-confidence took a hit thanks to a heel of an ex-fiancé, and her hopes of becoming a business owner were snatched away by an outsider who inexplicably decided to buy Last Stop, Texas’ only funeral home. Did I mention that our heroine is a mortician?

A deadly terror attack, the likes of which none has seen before, is in the works. It is being called The Day of Destiny. The Gravediggers’ mission is to ensure that this course of events does not come to pass. Their unsuspecting “boss” (Tess) seems to have skills they need.

Tess is a fabulous main character with her difficult upbringing, disappointments, and unusual career choice. She is funny, loyal, intelligent, and relatable. We can’t help but want something wonderful for her. She may have had some reversals of fortune, but she quickly finds her voice and her courage in the face of very strange goings-on.

Deacon seems stoic and serious with all that he had hidden from loved ones in the past and all that has been taken away from him for the purpose of surviving. His long concealed and simmering attraction to our heroine manages to showcase both his personal discipline and his vulnerability. He is very appealing, and it would be difficult not to fall in love with him.

Our hero’s guise as a funeral home assistant, unsurprisingly, raises Tess’ suspicions. Readers will have a heck of a chuckle envisioning the entire team’s antics and improbably fit physiques for what they are supposed to personify in working for the funeral home. Not to mention the group’s name and the cover chosen for them. Aside from this, Ms. Hart makes sure that secondary characters are distinct and interesting, piquing our curiosity on how each individual might find their happily-ever-after.

THE DARKEST CORNER starts off the Gravediggers series with a bang. Fans of romantic suspense will have much to cheer for in the plucky heroine, the amusing banter, and the honorable and hunky hero.