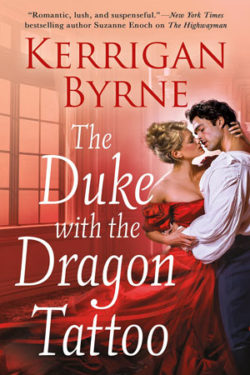 The Rook is the most feared pirate to ever sail the oceans. He cannot remember his name nor his life prior to Lorelei Weatherstoke saving him. After twenty years of separation, the Rook braves capture to fulfill his promise to her. Lorelei is everything he remembers and more. In an attempt to salvage his humanity, the Rook claims Lorelei as his wife. He encounters the missing parts of his lost past when he resumes his search for the fabled Claudius Cache. Will Lorelei’s love be the Rook’s salvation? Or is he doomed to remain the monster everyone perceives him to be?

Lorelei Weatherstoke is the crippled daughter of the Earl of Southbourne. She spends the majority of her life doctoring and championing wounded animals. Lorelei prays for the day she can escape her older brother’s cruel bullying. A dark, avenging angel swoops in to save her from an unwanted marriage. The Rook wears the face of Lorelei’s beloved Ash, yet he is no longer the boy she remembers. Can Lorelei accept the Rook’s dark and dangerous side? Or will his past deeds stand in the way of their future happiness?

I have always been curious about the obvious ties between the Rook and the Blackheart of Ben More since book five, THE SCOT BEDS HIS WIFE. The author threaded the right amount of dark mystery around him to create ample anticipation, for example – his ability to escape authorities’ custody. I adore the fact that he kept his promise about returning to Lorelei, despite the odds stacked against him. But, what I love the most about him is how the Rook used Lorelei’s memory to tether him to his deteriorating humanity. No matter the abuse or the cruelty he faced, Lorelei gave him the reason to endure and survive.

Lorelei is no stranger to the harsh whims of another’s cruelty. She never once allowed the ugliness of her brother’s malice to taint her or dim her compassionate nature. I admire that about her. I like how Lorelei tries to help any weaker and less fortunate than her. Animal or man, it makes no difference to her. But, what I like the most about Lorelei is how she becomes the Rook’s beacon of light in his dark, dreary existence.

THE DUKE WITH THE DRAGON TATTOO is book six in Kerrigan Byrne’s exceptional historical romance series, VICTORIAN REBELS. I love how Dorian Blackwell, the hero from book one, THE HIGHWAYMAN, plays a pivotal role in the second half of the story. I always enjoy reacquainting with couples from prior books.

THE DUKE WITH THE DRAGON TATTOO is a bittersweet tale of two wounded, kindred souls overcoming their tortured pasts to find love and happiness together. Kerrigan Byrne is a master at writing unforgettable tortured characters. I hope the author plans to write Sebastian Moncrieff’s book next.  A RECOMMENDED READ