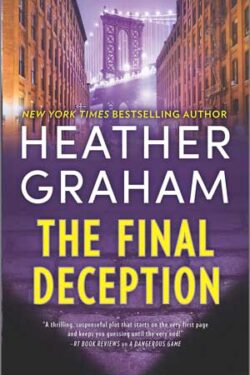 Craig Frasier is the FBI agent responsible for catching the serial killer, The Fireman. When the man escapes, he is concerned over his fiancée Kieran’s involvement in the manhunt. Craig and his team re-visit the old case while looking into the new one. He fears they are dealing with a copycat when the homicides prove similar yet different than The Fireman’s usual mode of operation. Can Craig protect Kieran from both the new and old threats? Will they be able to find the culprits before either kill again?

Kieran Finnegan is a criminal psychologist. She interviews The Fireman to assess his mental capability for trial. After he escapes custody, new murders with his methodology crop up. However, Kieran doubts The Fireman’s involvement in the latest homicides. Her involvement in the investigation leads Kieran into precarious situations. Can Kieran find The Fireman? Will her expertise flush both killers out in the open? Or will she become an unfortunate victim?

It took me a while to warm up to Craig. I like how he knows when to back down from the inevitable and concede defeat. Craig understands that Kieran’s job brings her in close proximity with dangerous people, so he has to suppress his protective instincts to allow Kieran to do her job. I love how he listens to Kieran’s thoughts and opinions. With her line of work, especially the workings of a person’s mind, Kieran’s observations are dependable. What I adore the most about Craig is how he and Kieran open their hearts and home to a dog in need, especially one who is not their ideal breed.

As with Craig, it took me some time to somewhat connect with Kieran. I adore her family’s dynamics. The Finnegans are a close-knit family. They each have their own individual professions, yet they willingly help one another when the need arises. I admire Kieran’s confidence in her profession. She realizes that reading another person is not entirely fool proof. What I admire the most about Kieran is how she knows when to compromise and when to stand her ground. She recognizes Craig’s instinctive need to be protective, yet she refuses to let him be too overbearing about it.

THE FINAL DECEPTION is book five in Heather Graham’s romantic suspense series, NEW YORK CONFIDENTIAL. To understand Craig and Kieran’s relationship and partnership, it is necessary to read the prior four books in the series. I have not read the previous books, so I felt a little disconnected with the couple. The story’s overall plot reminds me of something I would have watched on my favorite television show, Criminal Minds. The romance did seem non-existent.

THE FINAL DECEPTION is a thrilling, nail-biting conclusion to an interesting series. I have always enjoyed Heather Graham’s romantic suspense novels, and this book is no exception. I cannot wait for more books from this author.