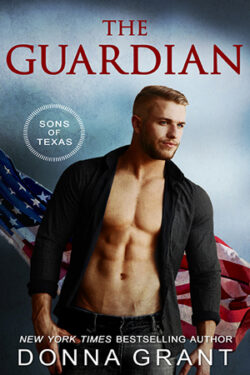 Maks Petrov is a double agent. He plans to bring down the secret organization known as The Saints alone. His cover is blown when Maks receives an unusual text from a FSB agent. He unwittingly drags Eden Fontaine into his perilous crusade. Maks keeps her safe as they evade The Saints’ henchmen. However, the woman makes him yearn for an ordinary life away from danger and espionage. What danger awaits Maks and Eden? Will they become just another causality?

Eden Fontaine is an information broker, a person specifically trained to look for particular data. Her company is tasked with finding prudent information on Maks Petrov. The man proves to be an enigma, one that Eden itches to solve. However, her safe world is turned upside down when Maks involves her in his vendetta. She intends to use her skillset to unearth the necessary evidence to bring The Saints to justice. Will Eden and Maks win the war against The Saints?

I vaguely recall Maks from the prior books. In my defense, it has been some time since I last visited this series. I admire Maks’ insistence on confronting The Saints alone rather than endangering his friends. He understands that the Loughmans have been through enough, and they deserve a respite. I adore Maks’ selflessness. He is willing to sacrifice his own happiness and life so that others can live the way they want. What I like the most about Maks is how he willingly listens to Eden’s point-of-view. He recognizes that her strengths and knowledge lie elsewhere, so she comes up with solutions he would overlook.

Eden continuously proves that she is the perfect balance for Maks. She understands that the world is not perfect; however, she had never been exposed to the world’s darkness until Maks. I like how Eden listens to her instincts. She never disregards them since they have never led her wrong. I adore Eden’s sense of justice. She refuses to wait around for someone else to solve the problem when she can do it. What I love the most about Eden is how she rekindles Maks’ hope for the future. She does not allow him to play the martyr but reminds him of the good things in life.

THE GUARDIAN is book five in Donna Grant’s romantic suspense series, SONS OF TEXAS. It is necessary to read the prior books to understand the events leading to the climax and the characters involved. I like that Callie and Wyatt, the couple from THE LEGEND, book three in the series, make frequent appearances throughout the story. I would have loved if the other couples played pivotal roles in this story.

THE GUARDIAN is a nail biting and action-packed conclusion to a gripping series. I like how the author included our world’s current pandemic into this storyline. I am happy that the author returned to this series long enough to finish it, and I am sad to see it end.