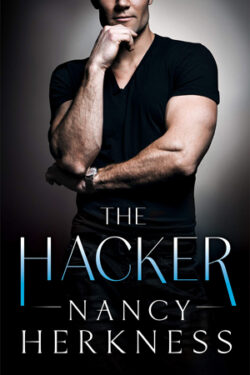 THE HACKER is the second book in THE CONSULTANTS series, and it was nice to be reunited with characters we met in the first book, THE MONEY MAN. Leland, Derek, and Tully are the co-founders of KRG, an international corporation set in Manhattan. Each has a specialty which involves computers, finance, or security, respectively. They also have a Small Business Initiative program that offers free assistance to small businesses as their way of giving back since they are all so successful.

So far, the businesses they’ve helped are in a small town in New Jersey. This is Leland and Dawn’s story. Be prepared for a hot, deep, emotional read that will make you want to read more!

Dawn is a trainer at a gym, and she’s concerned about the poor WI-Fi and high data usages customers are complaining about while they’re there. When she brings it to the attention of the owners, her concerns are dismissed and she’s told it’s under control. But she has her friend (who happens to be Derek’s fiancee) mention it to Leland, the computer whiz of the company. Things take off from there to solve the problem.

The relationship between Dawn and Leland heats up when their attraction grows, although Dawn feels she’s out of his league. They both have secrets that contribute richly to a story filled with intrigue and intriguing secondary characters.

The epilogue, which takes place six months after the story ends, had a few surprises I liked. There’s one more consultant, Tully, and one more of their friends, Natalie, left without a love interest. Will the next story be theirs?

A fast-paced, romantic suspense with great emotion and keen storytelling. THE HACKER is a keeper!