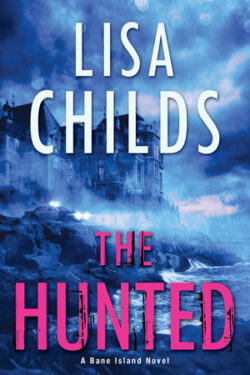 Sheriff Deacon Howell holds a deep hatred for Halcyon Hall, a former asylum known as Bainesworth Manor turned health spa. When the place claims another victim, he intends to catch the murderer. However, someone does not want Deacon to expose Bainesworth Manor’s oldest and darkest secrets. He never expected to be fascinated with one of its residents, a woman with her own deadly secrets. Can Deacon find the murderer before they kill again? Or will he lose more to Bainesworth Manor?

Olivia Smith is a famous pop star. She checks into an exclusive spa in Maine to escape her stalker. Olivia soon learns about the place’s horrific past. During her stay, she finds herself embroiled in a murder investigation. Olivia trusts no one, especially not the handsome sheriff on the case. When her stalker strikes again, she wants to run but impassable roads keep her at the resort. Will Olivia become another victim of Bainesworth Manor? Can she learn to trust Deacon?

Deacon is a man haunted by his entangled past with Bainesworth Manor. The place has always been his greatest downfall. I empathize with Deacon over his rocky relationship with his teen daughter. He truly cares for Holly and her wellbeing; he just does not know how to communicate with her. What I admire the most about Deacon is his integrity. He refuses to follow in his father’s corrupt footsteps. Instead, Deacon intends to bring all the past wrongs to light at great risks to his life.

Olivia is an inspiration for women and mistreated teens. She is a woman who has survived an abusive and neglected childhood. I admire how Olivia used music as an outlet to purge herself of the toxicity from those experiences. She could have bottled up all that negativity until it corrupted her soul. What I like the most about Olivia is her ability to recognize other tormented souls. She understood the turmoil and pain Deacon and Holly were experiencing. Olivia may not have set out to help father and daughter, but she did help the two to bridge the gap between them.

THE HUNTED is book two in Lisa Childs’ romantic suspense series, BANE ISLAND TRILOGY. I have not read the first book, so there were instances when I felt that I missed some vital information. However, it did not hinder my ability to follow the story’s plot. I wish the author would have stuck with just the hero, the heroine, and the villains’ point-of-view. The others seemed to boggle down the story’s pacing.

THE HUNTED is a thrilling tale of two people learning to accept their shortcomings during a terrible time. I hope the next book is about Edie and Elijah. I cannot wait to learn the rest of Bainesworth Manor’s lethal secrets.