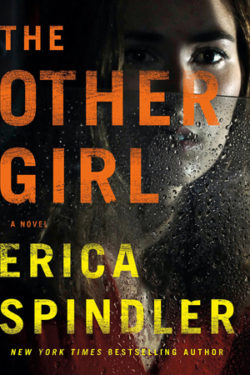 Miranda Rader worked hard to overcome her reputation as the wild child from her youth. She has become a respectable detective for the Harmony, Louisiana Police Department and is known for her honesty and ability to solve tough crimes. While investigating the very gruesome murder of a college professor, Miranda discovers a newspaper clipping in his office desk that sends chills up her spine. The clipping is about the horrible events that happened to her when she was fifteen. She was the victim of a crime that she could never prove.

As Miranda and her partner Jake Billings investigate this homicide, strange things are unfolding. First, the dead college professor seems familiar to her but she doesn’t know from where, and why would he have a newspaper clipping of what happened fifteen years ago. Is this be the man who abducted her?

She wants to discuss the events of that night with the police officer who found her but finds him murdered as well. Bodies are starting to pile up, and now her fellow law enforcement officers are looking at her with suspicion. Can Miranda and Jake figure out what really happened that night long ago? And can solving that crime help them figure out what is happening now and who is trying to set up Miranda to take the fall for both murders?

THE OTHER GIRL is a great thriller with twists and turns. Erica Spindler is at her best when she is creating complex characters with lots of secrets that make you want to keep reading from beginning to end. I just wish the story had been a little longer. Of course, maybe if I had not read it from start to finish in one sitting, it might have been.