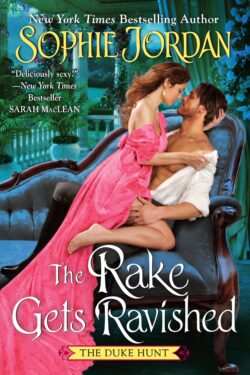 Silas Masters owns and operates London’s most popular gaming establishment. He wins the Kittinger farm in a game of cards. Silas finds a mysterious woman awaiting him in his rooms, and he falls for her alluring wiles. When he discovers what she did, he plans to find the nameless woman and make her pay. However, Silas’ plans change once he finds Mercy. She awakens something within him. Can Silas protect Mercy from her brother’s thoughtlessness? What will he willingly give up for her?

Mercy Kittinger works and maintains the family farm. She also oversees her younger sister’s welfare. When their brother gambles away the farm, Mercy does what she must to get it back, even seduce the blackguard. She never thought Silas would follow her home. Mercy tries to forget their one passionate night, but Silas’ presence makes it difficult. However, her brother’s wastrel ways catch up with the Kittinger family. What sacrifices will Mercy make for her siblings? Will she lose more than just her heart?

Silas won me instantly. He plays the sardonic and cold-hearted blackguard, but in truth, he really is a decent man at his core. I admire Silas’ stance on women. He refuses to allow any man to disabuse or take advantage of them, especially in his establishment. Silas even accepted Gwen’s profession when other men disapproved. What I adore the most about Silas is his instant protectiveness towards Mercy. He hated how her family used and treated Mercy and her altruism.

I liked Mercy from the start! She is a woman who is no stranger to hard, respectable work. Mercy refuses to live an idle life like her twin brother and younger sister. Instead, she works tirelessly alongside her employees. I admire Mercy’s selflessness. She purposely puts her siblings’ needs and wants before her own, despite their disrespect. What I like the most about Mercy is her temerity. She is a woman who knows her mind. Mercy does not second guess her wants, especially when it comes to sex.

THE RAKE GETS RAVISHED is the second book in Sophie Jordan’s historical romance series, THE DUKE HUNT. The story can easily stand alone. There is no major ongoing plot happening in the background. I would, however, suggest reading the previous book, only to familiarize with the story’s setting. The couple from the first book, THE DUKE GOES DOWN, does make a brief appearance, close to the end.

THE RAKE GETS RAVISHED is a captivating tale of two souls discovering love during an unlikeliest time. I practically gobbled up this book in one sitting. I could not put it down. I have a hunch on who the author plans to pair Gwen with. I cannot wait to see if my guess is correct!